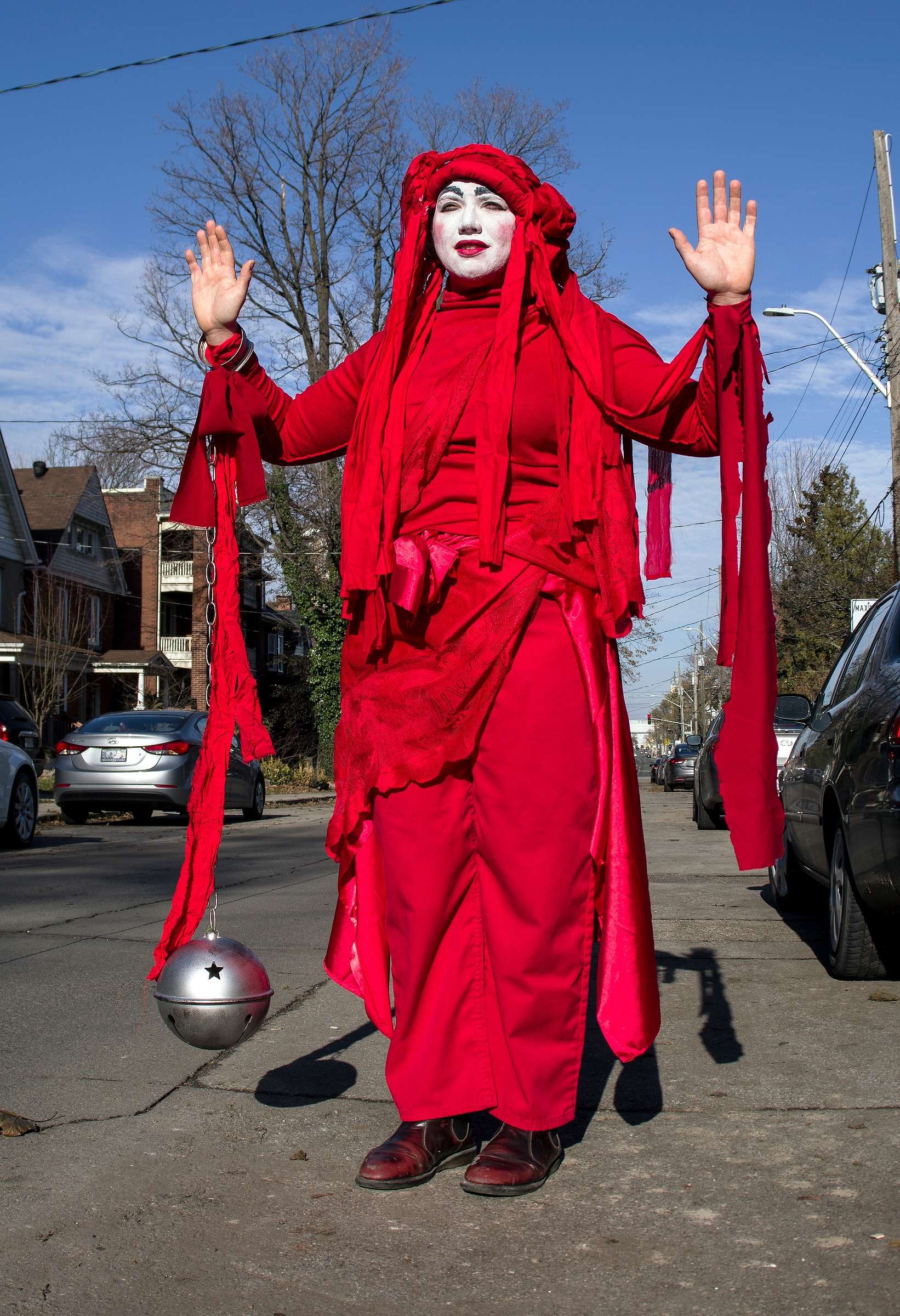 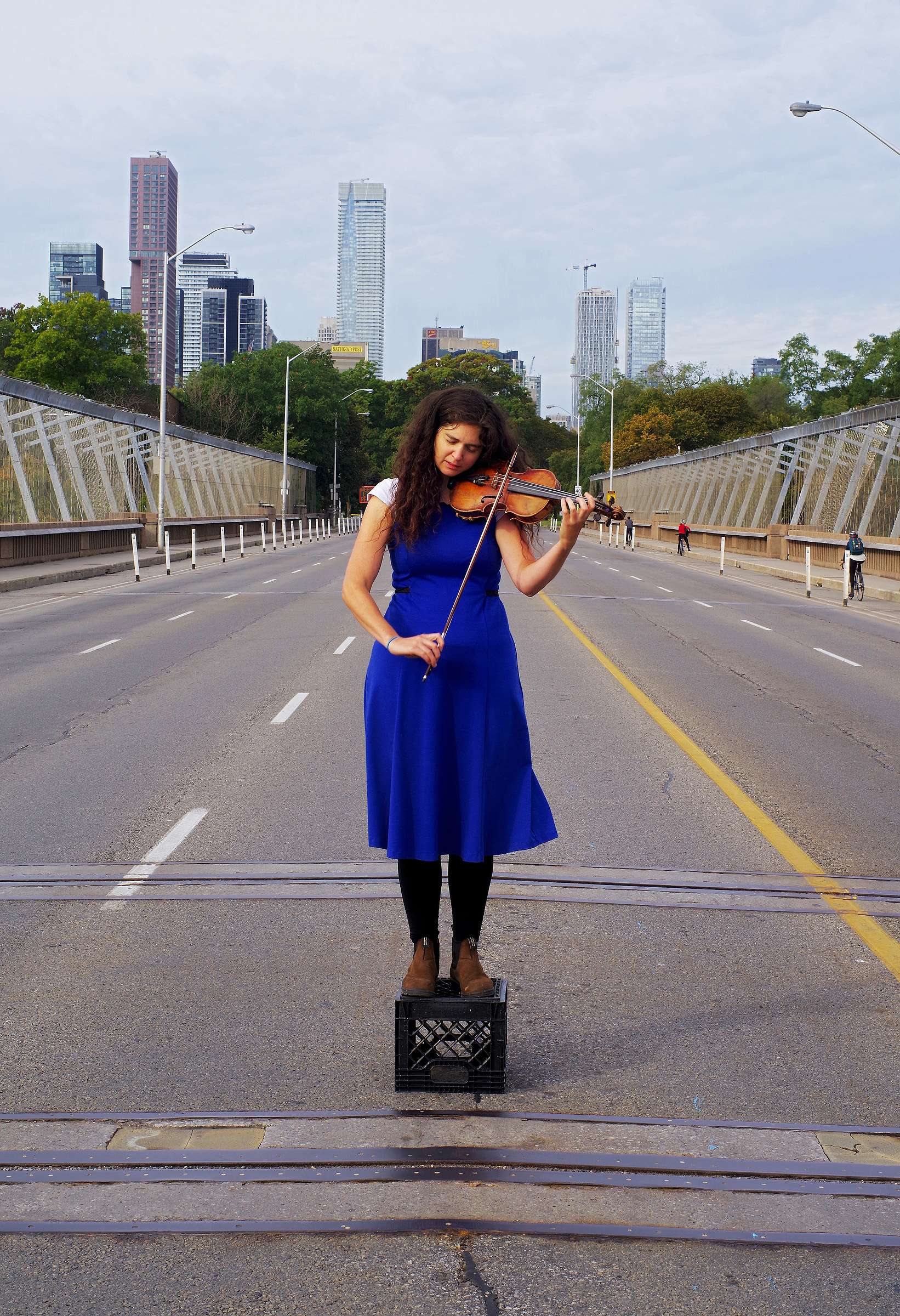 It is in the duality of various forms of art which speak to the heart and spirit, combined with traditional forms of protest, that another source of power and strength for social and political movements can be found. I have chosen to take a closer look at a very peaceful, poignant and very beautiful type of activism which is often overlooked in the mainstream media and at times misunderstood by the public: art.

A female musician dressed in blue performs on a milk crate in the middle of a deserted and unusually quiet Bloor St. Viaduct in Toronto. The major five lane roadway was shut down for several hours for a protest organized by the Toronto chapter of the environmental group Extinction Rebellion as part of a Global Climate Strike in October 2019.

A member of the activist group Red Rebel Brigade based in Hamilton, ON poses for a portrait before their performance art interventions at two local shopping malls. In their own words: “The red brigade symbolizes the common blood we share with all species, that unifies us and makes us one. As such we move as one, act as one and more importantly feel as one. We are unity and we empathize with our surroundings, we are forgiving. We are sympathetic and humble. compassionate and understanding. We divert, distract, delight and inspire the people who watch us. We illuminate the magic realm beneath the surface of all things and we invite people to enter in, we make a bubble and calm the storm, we are at peace in the midst of war. We are who the people have forgotten to be!” 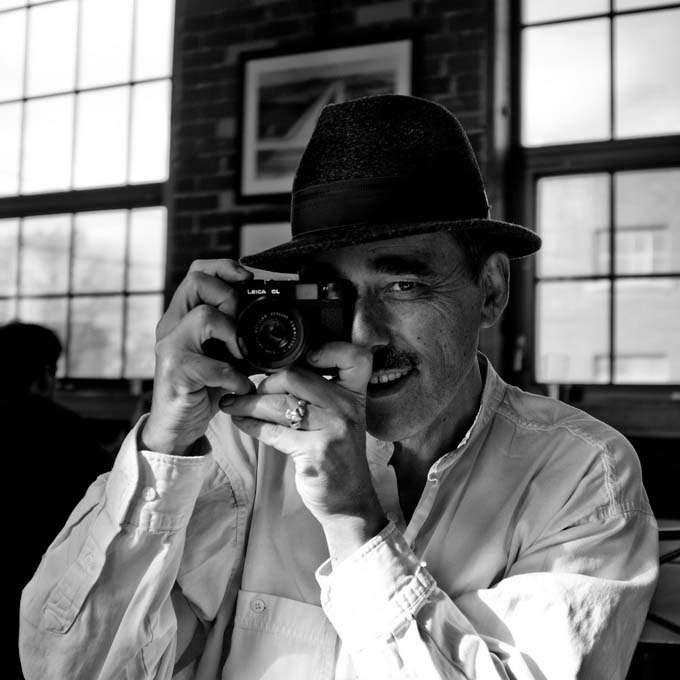 Martin Reis is a documentary photographer at the intersection of activism and art. His photojournalism work about the environmental group Extinction Rebellion will be prominently featured at the upcoming exhibition ‘Designing Peace’ at the Smithsonian Cooper Hewitt Museum in New York this summer.