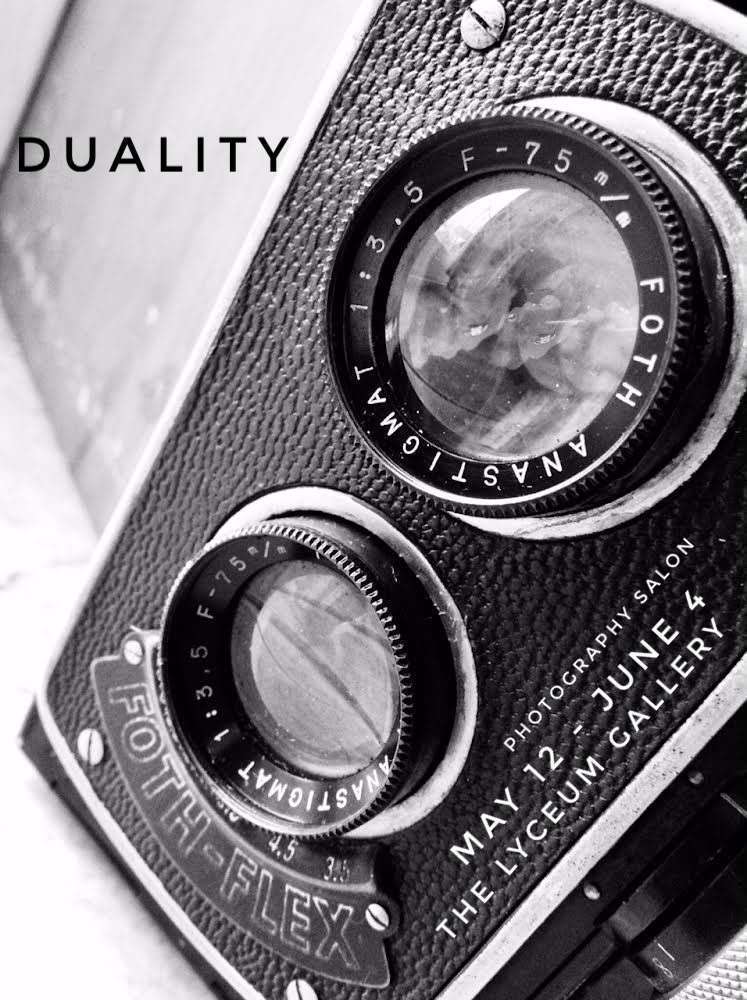 DUALITY is a collection of diptychs that examine contrapuntal narratives, oppositional forces, mirror images, parallel realities, lines of symmetry, reciprocity, othering, our specular selves, unions and overlaps. Artists were asked to riff on the theme of dual nature and we are pleased to present the conversation that developed.

This series is inspired by the idea of phototropism: the calling of plants and organisms toward the light. The work evolves from the last series, MA, with its womblike, magnetic abstractions photographed during pandemic lockdowns in collaboration with dancers from the National Ballet of Canada. This new work is an evolution, born out of a primal instinct to be at one with nature. The images are abstracted using various organic elements to remove information and leave a hypnagogic impression of a transitional state.

“New York to San Francisco,” is part of a larger collection of double-exposures entitled “Photographic Memory.”  In this series, I re-consider the process of capturing that “decisive moment” on film and attempt instead to capture the experience of memory.  Our memories are non-linear, non-binary, and even non-sensical at times. They are made up of layers upon layers of sensory information, all bound together by emotion. In these photographs, we travel into one memory of a city, a trip across the continent, and an afternoon of fleeting late autumn light within spaces that would vanish by the time the film was developed. It is a moment in time, not as I saw it, but as I remember it.

I have chosen to take a closer look at a very peaceful, poignant and very beautiful type of art activism which is often overlooked in the mainstream media and is at times misunderstood by the public.

Becky: A female musician dressed in blue performs on a milk crate in the middle of a deserted and unusually quiet Bloor St. Viaduct in Toronto. The major five lane roadway was shut down for several hours for a protest organized by the Toronto chapter of the environmental group Extinction Rebellion as part of a Global Climate Strike in October 2019.

Cassie: A member of the activist group Red Rebel Brigade based in Hamilton, ON poses for a portrait before their performance art interventions at two local shopping malls. In their own words: “The red brigade symbolizes the common blood we share with all species, that unifies us and makes us one.”

Flashing a passing fisherman, or holding up the sky? Is Babs stranded on a desert island naked from the desperate crafting of a raft? Is she yowling at the sea in a state of pure bliss or explosive frustration? Is she longing for an escape, or has she found freedom from such rumination and ecstasy in the present and her essential nature?

Dick, and his portly backside, are also in an ambiguous limbo. Caught between ‘étages’ is he climbing the ladder to explore, investigate, fix, or oversee? Might he have lost a cherished pet, his sound judgement, his courage or his marbles? Does this mark the beginnings of the realization of an impossible dream, or that this project/he is in essence an unrelenting ‘fixer-upper’?

To Dick & Babs, the diptych both feels autobiographical and an archetypal metaphor for the inescapable dualistic habits and characteristics we all possess that have the potential to both exasperate and endear us to ourselves and one another depending on our imagination or perspective.

‘the melee of everything’

The art and act of photography permits me to see this world as a stage. From my first brownie to Polaroid to my first 35mm analogue to digital, the camera remains that necessary medium through which I can better frame and contemplate the ‘confluence of things.’ Something R. Murray Schafer would often allude to in his compositional discussions of ‘soundscape’ when directing his music-theatre works. It is this ‘perspective of things’ which remains very much part of my artistic pursuits when conceptualizing in theatre and opera to installation and image-based arts. Space and its sensorial abundance is a negotiable element of creativity for my body as much as it is for my mind to respect and inspire my practice in this age of uncertainty.

Duality implies the existence of two. Often when we think of two separate things, we assume that those things are different from one another and we can’t seem to see the similarities. Of course, if we take a closer look, we can see how all things share a basic commonality. All things grow and die and grow again. We are all part of this cycle. So duality is more of an illusion, like looking into a mirror is. It is a way for us to reflect different sides of ourselves and our lives in order to better understand the whole. The left wing and the right wing are both part of the whole.