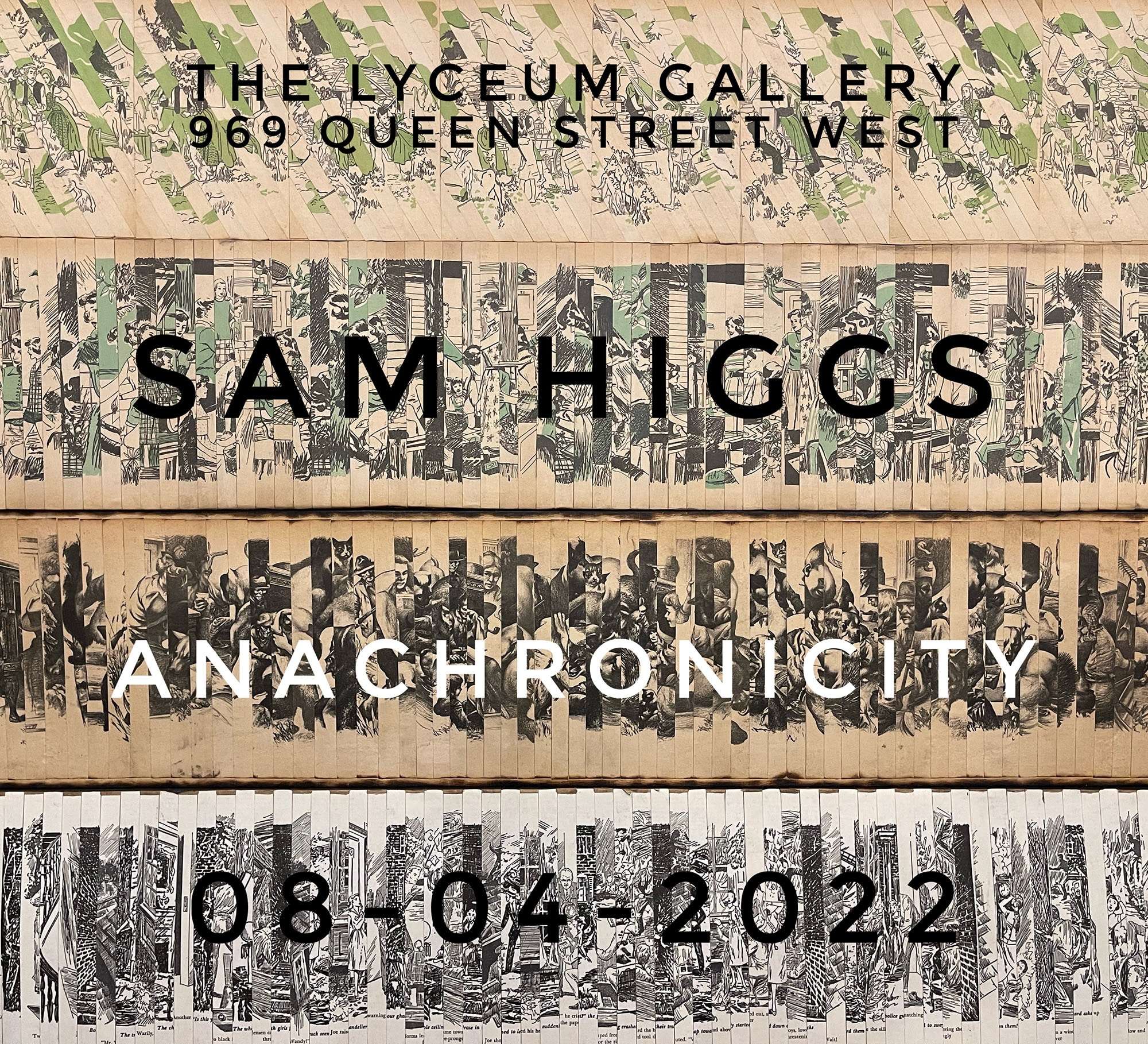 Anachronicity, a new exhibition of work by Sam Higgs, opened tonight to raves. Most of the work has sold but you can find the remaining few on the Acquire page.

This show had some unusual features to it, including a signature cocktail Sam designed in honour of his late grandmother, Daphne. If you ask us for the recipe, we might just give it to you. Guests were also given a bookmark to remember the occasion by with the last line from The Incredible Journey on it, an oddly synchronous random generation from the artist statement below. Untraditional in all ways, the show statement, the artist bio, the presentation of the work…Anachronicity is well worth a visit.

Sam did not want a traditional show statement. He wanted the work to speak for itself so instead, Holly took inspiration from texts used in the collages and applied the number 451 to a random number generator to select the pages from which to pull the lines. Fahrenheit 451 seemed the perfect fit because it reviews books as objects both sanctified and reviled: “a book in a neighbour’s house is a loaded gun”.  In repurposing the illustrations from the text, Sam dismantled childhood stories and reassembled them before using a butane lighter to finish the edges of most of the cut collages. For the statement, the lines chosen from the randomly generated page number were then cut up and placed into a box that said “artist statement” to mimic this process. Gallery viewers were encouraged to take them out and reassemble them to make up a new narrative. By request, here are the sources and the lines extracted:

Did she see a light moving inside? (Nancy Drew)

Just a lot of words scribbled on a piece of paper. (Nancy Drew)

Inside there was a delicate pink filling. (Dorothy Parker)

Does that, trimmed with feathers, belong to you? (Johanna Spyri)

I wondered that my master did not see that something was the matter. (Anna Sewell)

He was tall and slender and seemed so nice. (Nancy Drew)

So resolutely, turning her back upon the house, she set out once more down the path, determined to keep straight on until she got to the hill. (Lewis Carroll)

They will feel they have planned it themselves. (Dorothy Parker)

Sitting wakeful a little longer on his chair by our pillow, thinking Grand Thoughts to himself about Nothing until he too closes his eyes and nods his head and follows us tip-toe into the Forest. (AA Milne)

You have just finished reading a wonderful book by a master storyteller. If you enjoyed it or if you were moved by it, may we suggest that you share your experience? (Sheila Burnford) 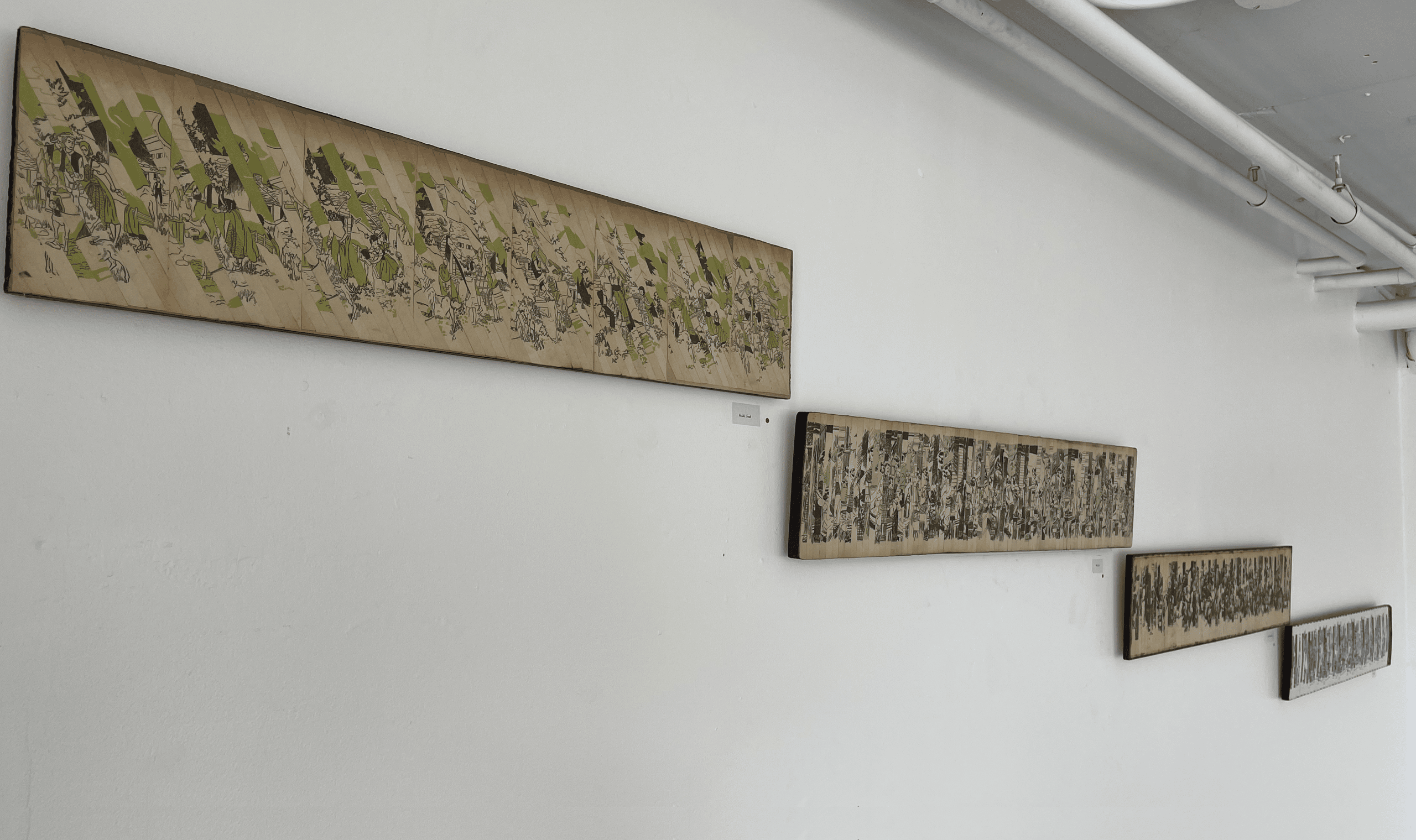 Including in the Show is a triptych entitled Psychollage which, with its rather uncharacteristic list of media, digs deep into the motives and drives behind our consciousness.