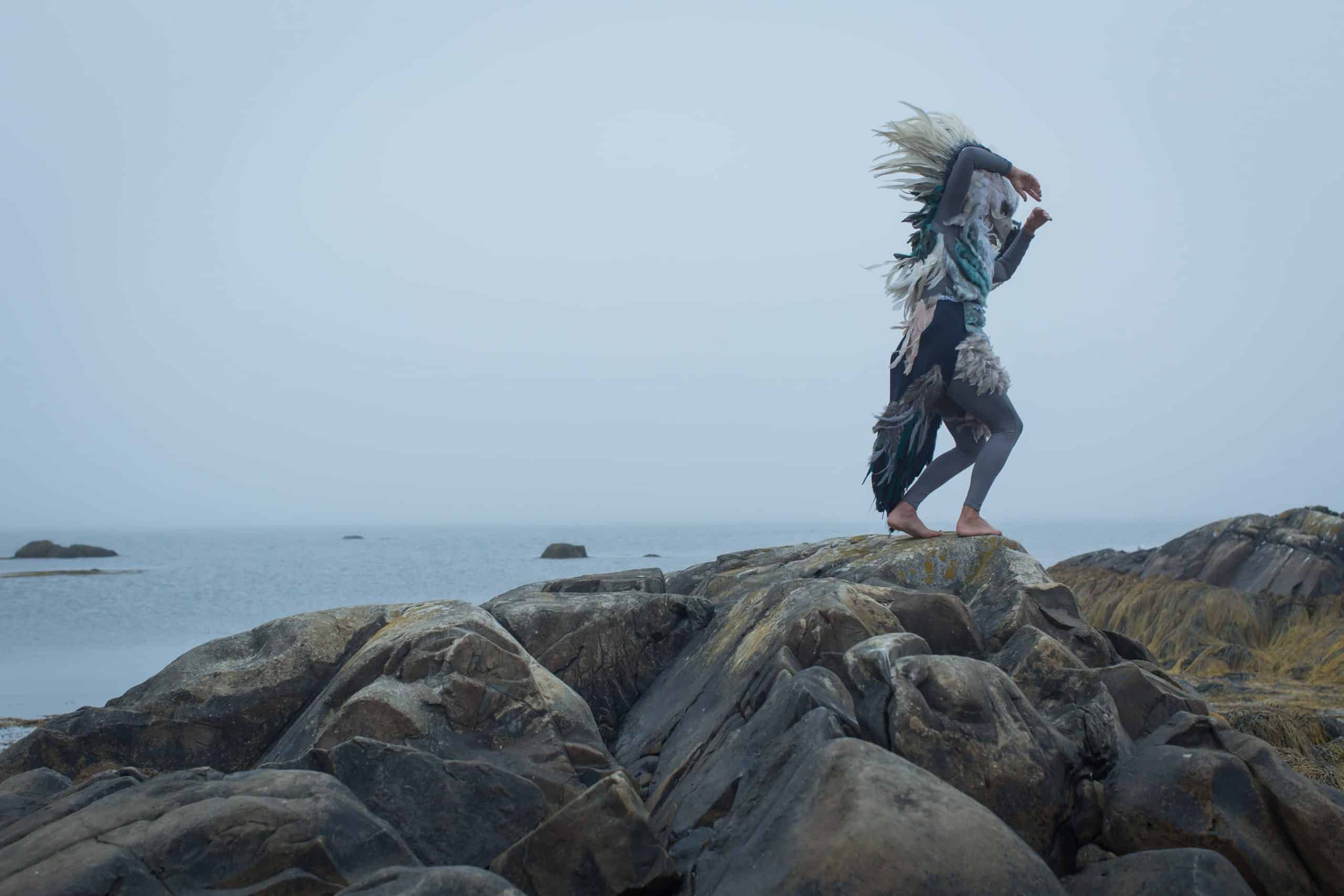 Under an armature of feathers, huddled in silence
Longing for the sky
Shirk the earth
Staring up into the limits of the abyss
Fallen, Irreconcilable

In a flush of movement
A gesture of devotion
One final offering thrown down becomes an awakening
Moulting, transformed in a grounded gyre
The spirit decanted is possessed by renewed hope
Feet beating rock, stirring the air with lifted wings
Fealty exorcised in ancient ritual at the verge of sea and sky,
The catastrophic covenant with the air is finally broken,
Entanglement cast off in an apotheosis of earthbound movement

Spinning in a hora, a troyl, a reel
Rejoicing in the psychic unlock
The soul ascends from consecrated rock
While the body is landed
Ecstatic, reborn

Laura Jane Petelko’s Wilding conveys an ecstatic awakening. The birdlike figure is grounded, no longer able to fly. In one final desperate attempt to lift off the ground, she flings herself forward and, captured in the pleasure of the movement of dance, is elevated in an unexpected way. She realizes she does not need to fly; she is essentially earthbound.